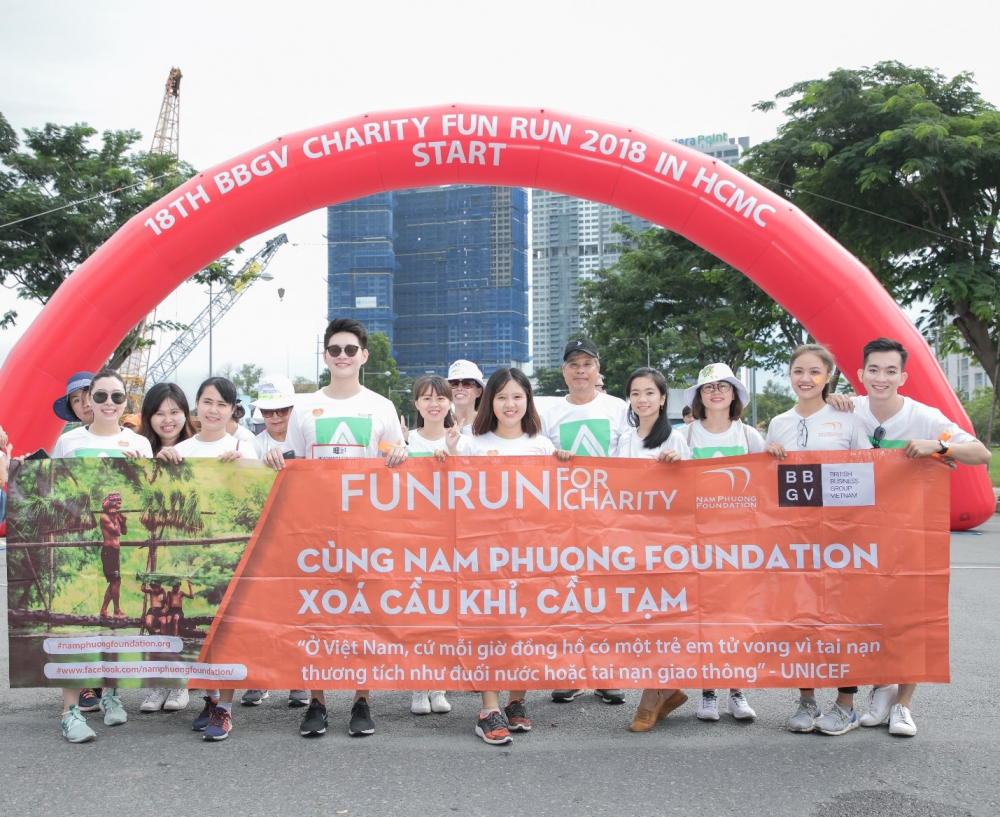 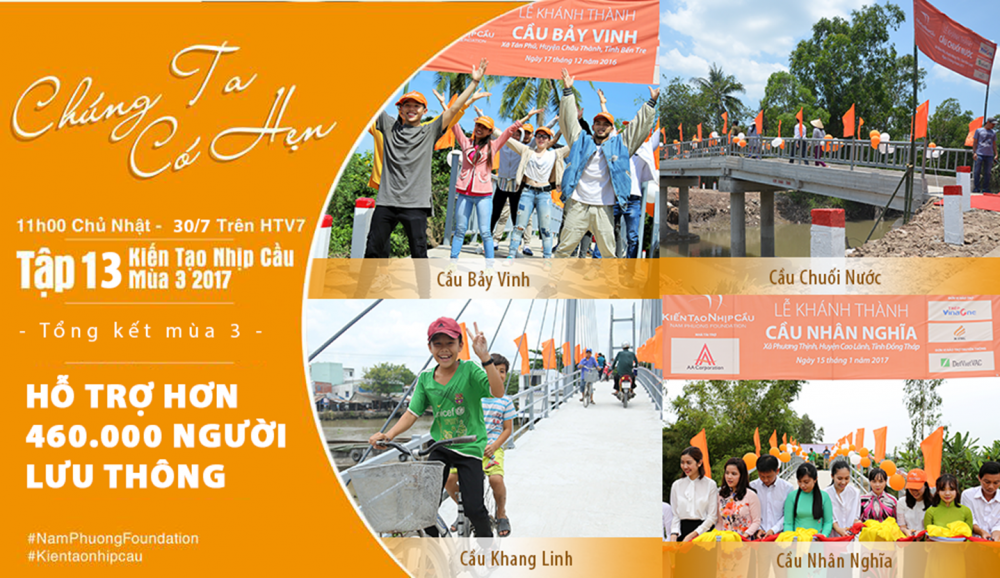 For more than 20 years, we believe giving back to the community is one of a dominant genes that codes for our business operation. DatVietVAC has been devoting much of our time and resources to charitable activities. Whether it is the BBGV Annual Fun Run for Charity, helping needy people whose lives affected by natural disaster, or supporting Nam Phuong Foundation – a bridge building charity by students in Vietnam as the main media sponsor, we’ve dedicated to create positive impacts in the society.

We are proud of what we’ve done so far to contribute to the community, and at DatVietVAC, we have a strong belief that our privilege is to sustain this legacy.

DatVietVAC is the LARGEST and ONLY vertically integrated Media Entertainment Tech Group in Vietnam. Our vision and mission is to TRANSFORM the way of thinking about media, communication and entertainment.

Since inception, DatVietVAC has grown to include 11 companies, each of which has made its mark in a different field of Vietnam’s media and entertainment industry. These include Dong Tay Promotion, the largest production house for reality TV shows; TK-L, the first and largest television licensing company; M&T Pictures, Vietnam’s largest production house for TV drama; DID TV, the first private TV channel in Vietnam and Nomad MGMT, the first international talent management agency in Vietnam.

In 2017, VNR500 ranked DatVietVAC the first in Vietnam’s Media and Television industry; FAST500 ranked it the eleventh overall in a league of Vietnam’s fastest growing companies. September 2018 marked a milestone when DatVietVAC reached a monthly average of 1 billion views.

DatVietVAC continues to be the forefront of Vietnam’s Media and Entertainment industry. By integrating media, entertainment and technology on a vertical model, its hub has become the largest in Vietnam, transforming the nature of entertainment and media, and access to these across Vietnam. Its multimedia ecosystem commands the first place in streaming with 7 billion views and 15 million subscribers.

DatVietVAC OOH is known as the biggest Out-of-home Advertising Company with 25 years of experience.

Our strategy is always being the leader in providing outdoor advertising services. By combining creativity, high quality products and strategic development, we have helped our advertisers successfully reach their potential customers since 1993.

Established in 1994, DatVietVAC Media is the trusted partner of more than 50 multinational and local advertisers and media agencies operating in Vietnam. At present, DatVietVAC Media professionally focuses on providing its clients with Customer insight, Syndicated and Proprietary Research, Media strategic planning and buying for all media and digital campaigns.

Founded in 1995, TK-L has expanded its operation into Media, International Sports and Drama TV Content with customized Media services including strategic media planning and buying, new medium development and execution. TKL programming is the first and largest television licensing company.

When the market was flooded with copyright infringements, TK-L became the first company which provided licensed international programs to TV channels, and facilitated Vietnam’s integration into the international copyright practices.

With the purpose of bringing international standard to Vietnamese Media industry, in 2003, DatVietVAC established D.I.D Media & D.I.D TV in 2006.

The two companies are the first to provide TV channel restructuring solutions, including: tailor-made program development and production, TV channel management and investment. Our professional and in-depth human resource combine with local market understanding make us a credible partner for both local & international organizations.

In 2005, M&T Pictures was established and was the first content producer who set the standards for TV drama productions. When foreign series movies, most were from Korea, dominated Vietnamese television, the founding of M&T Pictures in 2005 marked a profound change to viewers’ taste.

Dzones is a digital platform that offers diversified content. This platform aims to provide customers outstanding experience on all digital devices including laptop, smartphone, tablet, set-top-box and Smart TV.

Since its founding in 2001, NOMAD MGMT has been recognized as one of the most respected global scouting and personal model management agencies in the world. Within our first year, NOMAD‘s models appeared in highly coveted advertising campaigns such as Abercrombie & Fitch, American Eagle, Diesel, DKNY, ESPRIT, Giorgio Armani, Jil Sander, Levi’s and Salvatore Ferragamo. In the last decade-plus, we have added the likes of Gucci, Prada, Miu Miu, Calvin Klein, Bottega Veneta and Louis Vuitton to name only a small few. 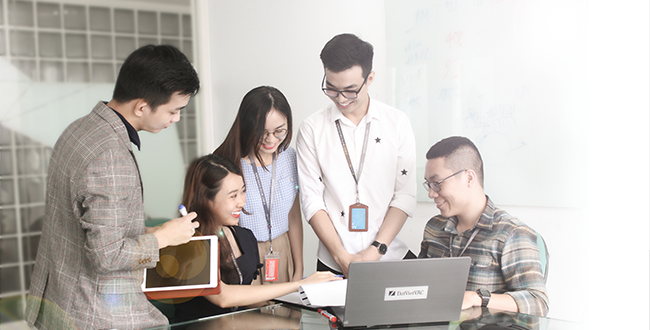 Here, at DatVietVAC, the commitment that unites all of us is the strong desire to deliver joy and inspiration to audiences, pushing back the boundaries of human creativity and constant practice. To achieve this, we provide the best working conditions possible for every employee as their FIRST HOME to keep them always motivated and inquisitive, so that they enjoy producing masterpiece as much as audiences enjoy seeing it.

WHAT WE OFFER YOU?

DatVietVAC understands that compensation always plays an important role in employees’ motivation and job satisfaction. We believe our competitive pay positioning will attract more and more talents joining DatVietVAC, as well as make our employees continuously feel motivated, satisfied and dedicated to business’s growth with the spirit “Exceptionalism”. We offer:

With the cycle happening throughout the year including 3 main phases: Setting Objectives, Mid-year Reviewing and Year-end Appraisal, each employee will be provided SMART objectives and receive fairness feedbacks and assessment. Top-down business plan cascading and bottom-up objectives fulfilling consistently help our people define what they must do and how they achieve their targets.

Performance cycle review also help our leaders take time to reflect and recognize employee accomplishments throughout the year and provide appropriate, meaningful rewards & recognition. Following that, the company’s pay for performance programs is designed both to encourage high performance with annual merit program and motivate employee.

Career development, Training activities are what we do offer our employees equally. We pay attention to training and developing our people. Business courses are built up to develop staff’s competences and accelerate their careers.

We attract, retain talents and encourage employees to better themselves by learning and find ways to do the best.

We encourage them to grow with the company growth and work with professionalism, ethics, enjoyment, responsibility as well as creation.

Inside review about DatVietVAC Group Holdings

4.6
11 reviews
100%
employees recommend this company to friends
>> More inside reviews